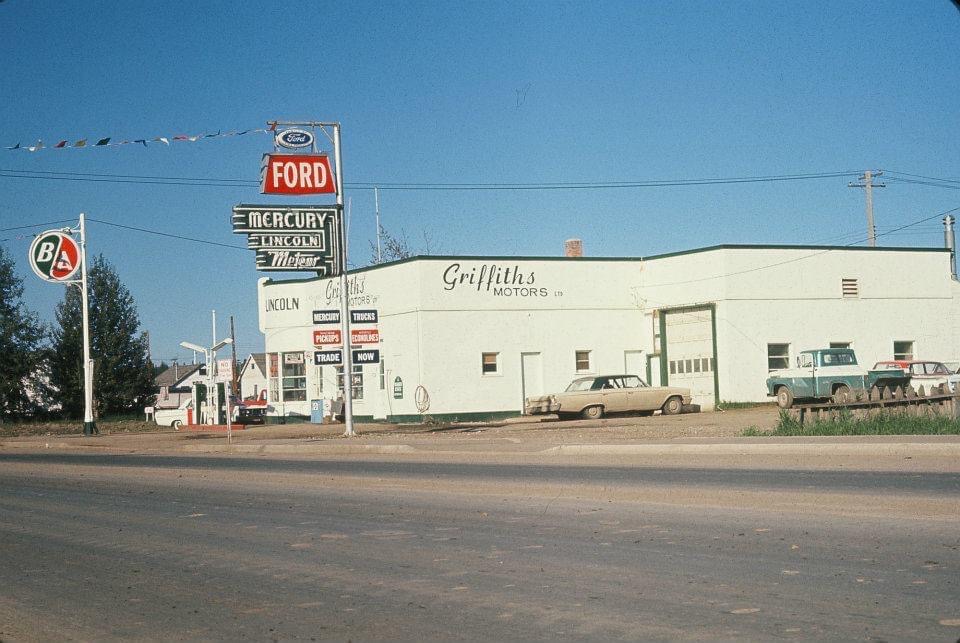 The History of Griffiths Ford

The History of Griffiths Ford is one of multiple generations, growth and adaption. Garth’s earliest memories of Ford were his time spent pumping gas and working in the parts department for his Dad. In 1966 Jim and Helen Griffiths bought the dealership in Edson from Waterloo Motors and started Griffiths Ford.

In 1970 the first Griffiths Ford vehicles came to Hinton, giving the people of Hinton the option to purchase their first Fords. The kiosk location was located where the A&W is now.

Jim Griffiths passed suddenly in 1972 leaving the family to make the hard decision on what was going to happen with Griffths Ford. At the age of 23, Garth Griffiths (Jim’s oldest son) became the owner of Griffiths Ford. Garth and Kathy Griffiths were married in 1971 and made the decision to move from Edson to Hinton to be close to her family.

In 1973 Garth made the decision to move the dealership in its entirety to Hinton.

Allan Griffiths (Garth’s younger brother) joined the team in 1974 and was with Griffiths Ford till his retirement in 2022.

Between 1968 – 1977 Griffiths Ford Hinton took on a few different locations. With every move, the dealership just got bigger and better. The current home of Griffiths Ford was built in 1977 and has been thru multiple expansions and renovations over the years with the most recent renovation in 2022.

Jason Griffiths started at the dealership in 2005 and will step into his father’s role upon his retirement.

From the humble beginnings of only seven vehicles on the lot with 1 parts person, 2 mechanics, and 1 person to pump gas; “I think that was me” – Garth Griffiths; to now having a dealership with over 40 employees. Griffiths Ford would not be the dealership it is now without the support of the community, family, friends and other local business leaders.